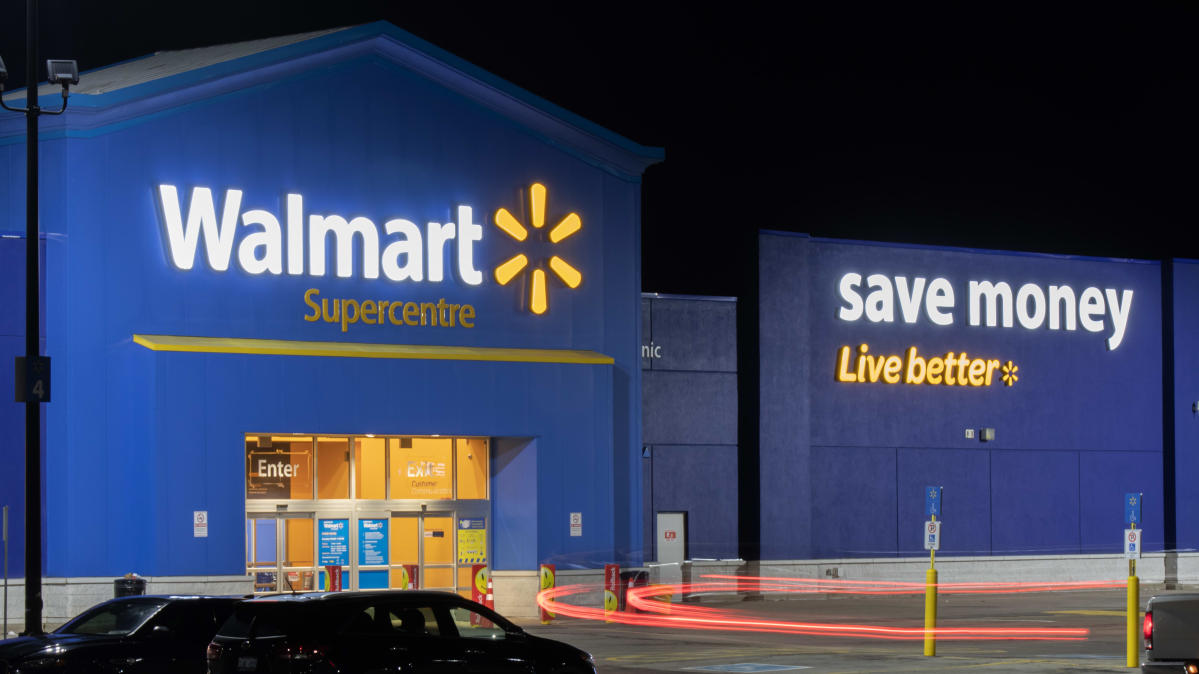 RACHELLE AKUFFO: It’s time for triple play, the three tickers that we’re taking a look at today. So I’ll kick us off with my pick, which is ticker symbol, BABA. That’s right, I’m going with Chinese tech giant Alibaba. Now we did see the shares rising today on news that Chinese regulators are considering easing back on their tech crackdown. As you can see there, the stock up more than 7% on the day there, but still down about 17% year to date. So a bit of a positive blip there, but still not the end of the story.

Now that story coming from the South China Morning Post, and it’s also been boosting shares of other Chinese shares in jd.com, baidu, even Chinese ETFs on this news. Now the Chinese government is also going to reportedly have a symposium that’s going to be featuring the biggest Chinese tech giants. Now that’s supposed to be from April 30th to May 4th.

And we do know, of course, that COVID outbreaks in Beijing, Shanghai, and in other cities have really threatened China’s economic recovery. So they’ve added risk to companies that have exposure there. But is this sort of putting this impetus for China to do more to boost its economic recovery?

BRAD SMITH: I’m going to try and keep the e-commerce trend going here in our triple play on the day. Let’s talk a little Walmart here. It’s not necessarily because of their e-commerce, but they still do have a heavy investment there. Walmart’s actually stretching further into the fitness and athleisure category, as the company announces a new brand, Love and Sports, which is created in partnership with designer, Michelle Smith, and cycling instructor, Stacey Griffith.

Now the collection is launching with women’s activewear similar to the strategic entry points that we had seen in the past from the likes of Lululemon. NPD Group Data, that’s actually pointed out that activewear increased 37% in 2021. So pre-summer launch time, that’s par for the course as part of Walmart’s homegrown brands, at least there. Swimwear, that’s obviously a crowded space because it’s not just athletic apparel brands, but even some flows into that fast fashion category and even traditional fashion names.

So the convenience factor, that could prove to be a significant benefit for Walmart in this effort, so much so that the company has only really had to focus on the last 10 miles between consumer and store location. 90% of people in the US live within that 10-mile radius of a Walmart. So, obviously, existing inventory partners who rely on Walmart for sales going to track the rollout closely and positioning of the apparel both in-store and online.

DAVE BRIGGS: Did you recognize either of those names before this story? I’m just curious because I didn’t.

DAVE BRIGGS: OK, yeah, I didn’t either. And Smith, I guess, had designed the actual gown that Michelle Obama wore in her Smithsonian portrait.

DAVE BRIGGS: So an interesting turn from that to activewear, which has gone from $50 to $70 billion in the last year, a remarkable industry for them to jump in to. I think the price point is nice, too, $12 and $42– dramatically different than a lot of the other top shelf activewear lines out there. So it looks like a very good play. We’re going to stay in that same category. My pick is Amazon, AMZN, having a brutal Friday to forget. The stock is down about 15% at this hour. That’s its worst single day in eight years since 2014 on the heels of those relatively disappointing earnings report.

Said new CEO Andy Jassy, ​​the pandemic and subsequent war in Ukraine have brought unusual growth and challenges. Inflation, fuel prices, labor issues all added $2 billion in cost compared to the year before. The online retail giant also lost $7.6 billion on their investment in EV maker, Rivian. Second quarter forecasts suggest revenue could fall between 3% and 7%. And that’s really driving this number down.

RACHELLE AKUFFO: I mean, if I lost that much, I mean, it’s not like I’m crying into my caviar I don’t have. You know, Jeff Bezos as well. He’ll be all right, to put it shortly. But as you mentioned, Rivian really taking a bite out of a lot of some of these tech giants who’ve invested heavily in it. But obviously, you know, Amazon is still trying to grow in its health care space.

Also what we’re seeing with consumer spending still not slowing down, up 1.1% from March. So there’s still that pent-up demand for consumers, but we’re going to have to see if some of these other headwinds for Amazon are going to end up plaguing it in the long run, or if they can really bounce back.

BRAD SMITH: I just want to start a T-shirt company of all of the Rachelle quotes so that we could take that to an Amazon third party seller–

DAVE BRIGGS: That was a good one.

BRAD SMITH: –or perhaps us be the third party seller. Not crying into my caviar.

BRAD SMITH: Let’s make it immediately. But look, at the end of the day, yeah, he does have it to lose. It’s the question of what’s the prospect for an Amazon that doesn’t have Jeff Bezos at the helm, what that looks like. And quite frankly, when we’re talking about cloud or any type of web services company, how much did they pull forward so much of that growth in order to see that revenue realized and that profit margin realized in the immediate term? And what does that prospect look like going forward from here?

DAVE BRIGGS: Tough one. Amazon Web Services continues to drive Amazon. Coming up, the housing market in Denver is heating up. We’ll have the details next.