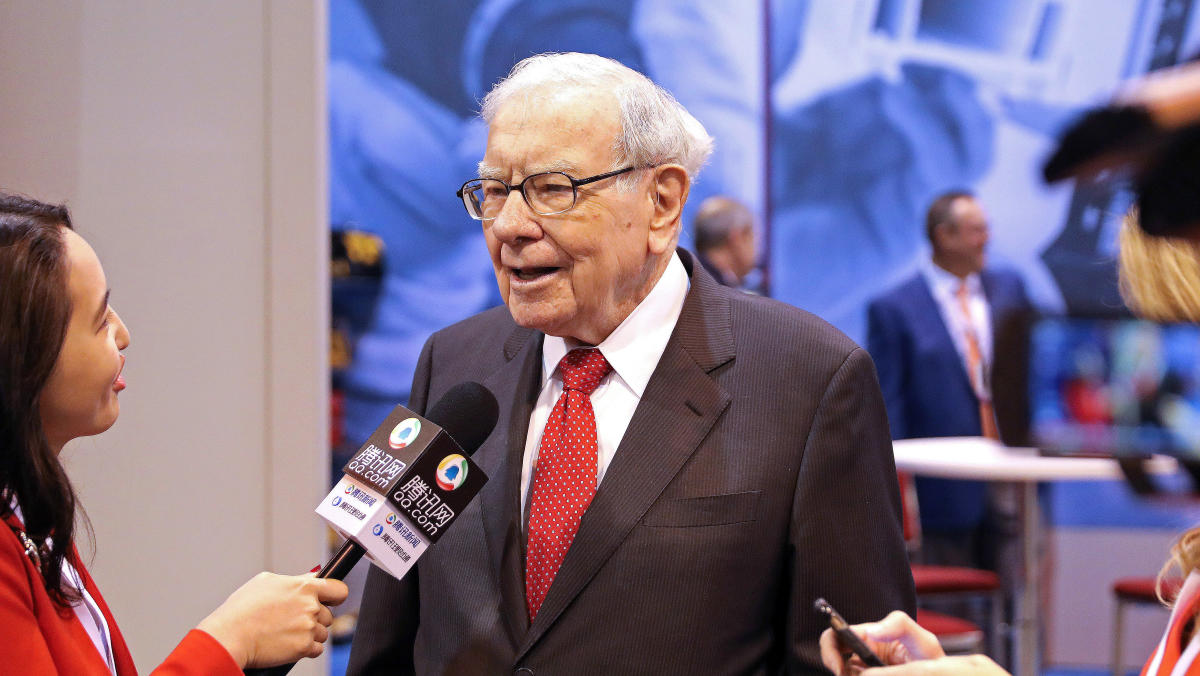 RACHELLE AKUFFO: Welcome back to Yahoo Finance Live, everyone. Berkshire Hathaway’s first annual meeting with shareholders in person since 2019, that’s since COVID, is this weekend. For a preview, let’s bring in Greggory Warren, Morningstar senior stock analyst. So obviously, an important one here. Talk about the significance of this year’s meeting.

GREGGORY WARREN: Well, I think it’s important for them to do it in person again. I think the meeting, this is a little bit of that interaction between Warren, Charlie, and the crowd. And plus, this is also the first year we’ll actually see Ajit Jain and Greg Abel up there on the stage with Warren and Charlie. We’ve been doing it through screening the past few years. I think it just misses a little bit of something not having them up there.

RACHELLE AKUFFO: So then what do you expect the bulk of the questions to focus on?

For me as an analyst, I’ve got my own set of priorities. I’d love to hear more questions about GEICO. Todd Combs has now been in charge there for two years. Greg Abel has been overseeing the non-insurance operations for three years now. So has Ajit. So kind of interested to see what their take is on GEICO, which has really sort of struggled relative to Progressive the past few years. The same with Burlington Northern. They’re really kind of trailing behind Union Pacific on a profitability basis. I’d really love to hear more questions about those businesses and what these managers are doing as they look at it and what they’d like to sort of see improve over time.

RACHELLE AKUFFO: It’s interesting. Because as we’re seeing, Berkshire shares are beating the market up 9% say versus the S&P, which is down about 12%. But as you look at the momentum and the size of some of these deals recently, you mentioned Occidental, Petroleum, HP, Alleghany, and this is after a six year break. What does all this tell us about what Berkshire Hathaway is prioritizing?

GREGGORY WARREN: Well, it’s interesting because they have a cash problem at the end of the day. I mean, they’re probably generating 25 $30 billion in free cash flow this year. If you take all three of those transactions, you’re still going to not match what they’ve been doing on a free cash flow basis overall. And then Buffett a few years back at an annual meeting said you shouldn’t hold $150 billion in cash and convince shareholders he and Charlie are doing something brilliant by doing that.

So I think that’s sort of been a threshold for them that they’re trying not to keep the cash balances from getting too high. And the past few years, shares at Berkshire, they’ve been buying back almost a billion a quarter. And that’s just sort of the outlet. A little bit harder with the stock sort of increasing in value here this year. But I think they found some opportunities. I mean, Oxy, they did a deal with them a few years back where they offered up some preferred stock and got Warren’s– as part of a transaction deal, they were doing these days funding for an acquisition.

And HP is another one that it’s not Apple, but it is sort of a good steady free cash flow for [INAUDIBLE] and buying back stock. And then the Alleghany, I think all three of those transactions, we like Alleghany the best. We think that’s a really good deal for them. A lot of opportunity for them to eventually find growth within the premium side of the business to sort of do some of the expense load, but also to put a lot more capital to work.

RACHELLE AKUFFO: And I want to ask you, because obviously we heard Warren Buffett say that the power auction lunch with him will be the last calling at this grand finale event. What do we know about whether this will signal the end of an era? And anything that about perhaps any succession plans when you look at Munger and Buffett?

GREGGORY WARREN: I mean, they’re both getting up there. They’re both well into their 90s now. And Charlie is a few years later than Warren. I think it’s gotten to the point where they’ve cut back. I mean, they’ve gradually cut back on activity the past five to 10 years and really sort of pulled back from different obligations. So I think that’s par of it. I think COVID has an influence as well.

I mean, it’s just we’re not really sure when we’re going to get back to a lot of in person things over the long run. But I don’t think it really sends the message at all. We know who the next CEO is going to be. They sort of let it out of the bag last year during the course of the meeting. We know Greg Abel is going to take over.

RACHELLE AKUFFO: You can definitely tell he does love what he does. Thank you so much, Greggory Warren, the Morningstar’s senior stock analyst.