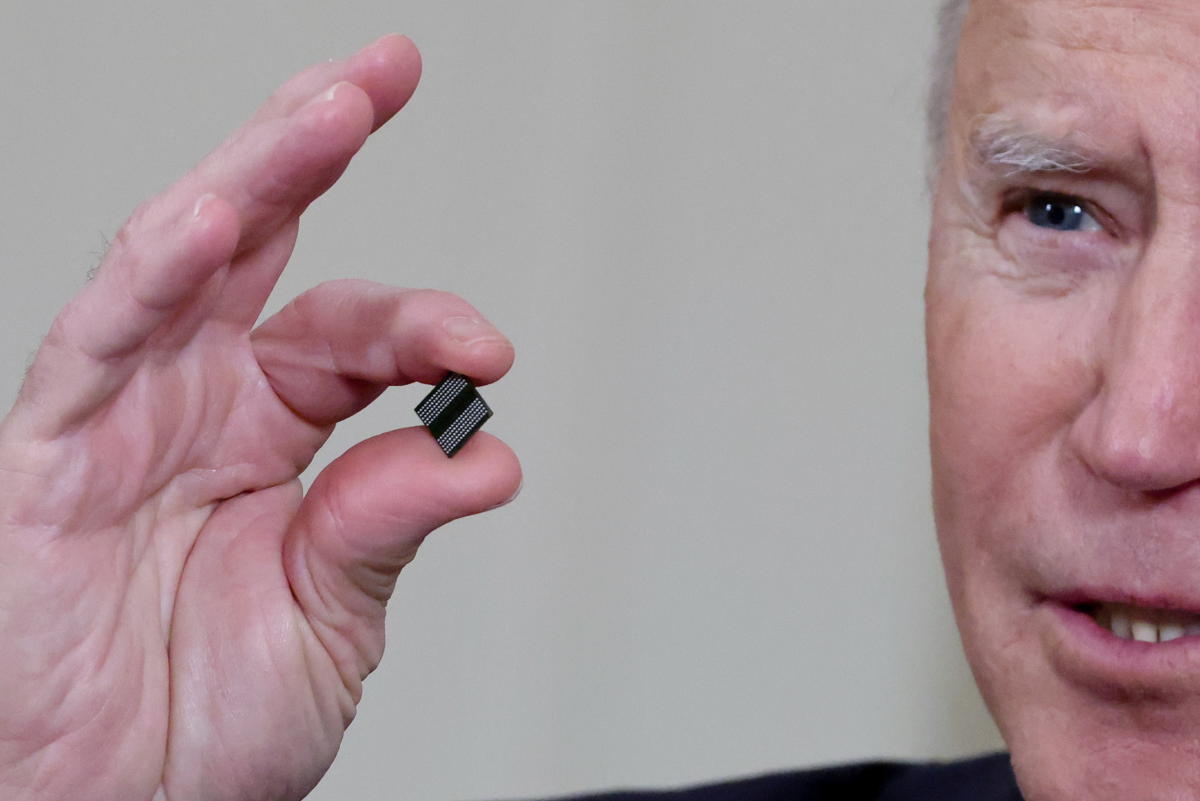 After months of debate, Congress is still slow-walking a bill that would spend over $50 billion on semiconductor manufacturing.

Commerce Secretary Gina Raimondo has been frustrated by the slow pace for months and upped the stakes in a new interview by saying the economic damage could soon become permanent. She says companies that may want to be in the US could shift manufacturing overseas in “months [because] they have to make decisions.”

During the conversation Wednesday with Yahoo Finance Editor-in-Chief Andy Serwer from the World Economic forum in Davos, Raimondo said the US could lose that business unless the bill passes soon.

The comments come amid a prolonged global chip shortage that has aggravated supply chain problems and battered the semiconductor industry. On Wednesday, chip giant Nvidia’s shares were down as much as 9% after it reported a disappointing forecast for the next quarter.

“I’ve talked to maybe four CEOs of chip companies here, they’ve all said, ‘We want to be in the US, but we can’t wait any longer,’” she says, noting that companies are weighing inducements from countries like Singapore, Germany, Spain and others to build plants there.

‘I don’t have a good answer for you’

The bill at issue is currently waylaid in a congressional conference committee. The Senate first passed the US Innovation and Competition Act nearly a year ago, and the House followed up with a similar bill in February. Both bills have similar headline provisions, including billions for the semiconductor industry and money for scientific research. However, key differences remain, including philosophical divides on trade and US-China relations.

The US role in semiconductor manufacturing has fallen from nearly 40% in 1990 to 12% today, according to a recent report from the Semiconductor Industry Association. The situation is even worse with the world’s most advanced logic semiconductors, 100% of which were manufactured overseas in 2019.

During his recent State of the Union address, President Joe Biden touted Intel’s (INTC) plan to spend $20 billion to make semiconductors in Ohio and said the investment could grow to $100 billion, making it the world’s largest chip making complex. But that’s only if the bill is actually activated.

Biden recently traveled to Alabama and noted during the appearance at a Lockheed Martin facility there that “each of the Javelins you produce includes more than 200 semiconductors.”

Pressed on the hold-up on Capitol Hill, Raimondo said there is no good reason for the delay. “I don’t have a good answer for you,” she said, “but I can tell you from being here, talking to world leaders, talking to CEOs, it’s on the top of everyone’s mind.”

In the meantime, she added, “China’s plowing ahead [and] investing $150 billion into domestic production of chips. So, we’re going to miss out if we don’t move.”

Talk of inflation, but not recession

Raimondo also says inflation is a hot topic among the business elite at Davos. She claims that a possible recession and Biden’s recent comments that the US will “militarily defend” Taiwan aren’t top of mind — but “inflation is a different story.”

The White House feels that fundamentals of the economy are strong enough to avoid a recession anytime soon, she said. But when it comes to inflation, Biden is looking at everything he can do to bring down costs. Raimondo notes that one possible lever is rethinking and removing some of the Trump-era tariffs on China, which Biden has pledged to discuss with Treasury Secretary Janet Yellen and other aides in Washington.