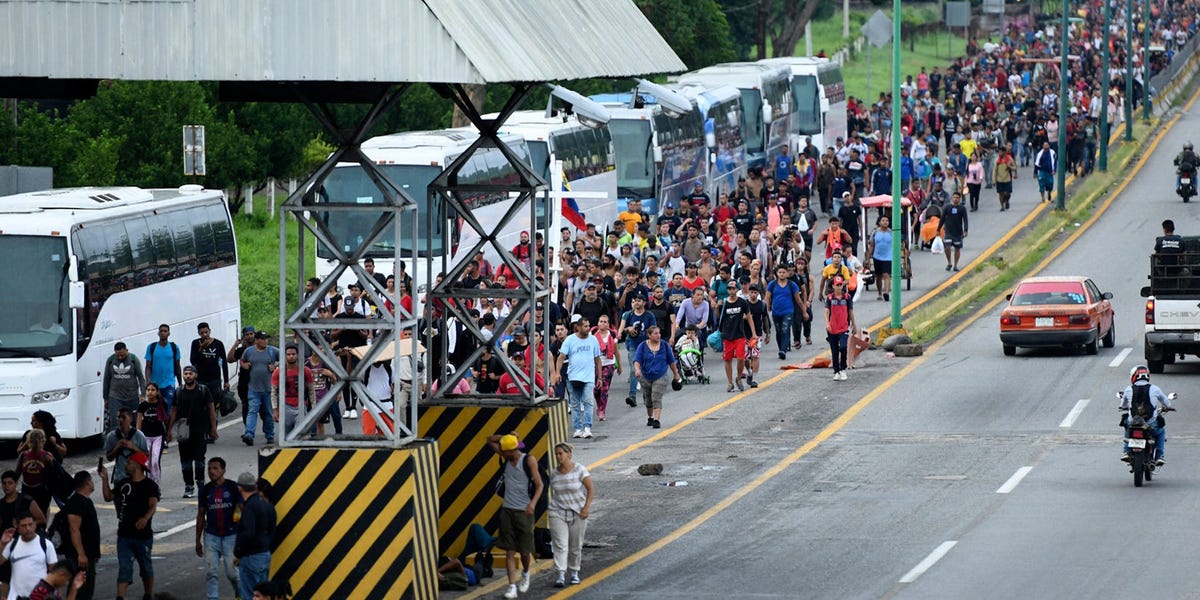 On Monday and Tuesday, Fox News ran a series of segments on what they described as the “largest-ever migrant caravan” gathering in Mexico, often citing an estimate that the group could swell to over 15,000.

The network would present the basics, though sometimes omitting or brushing over key context — particularly the entirely legal asylum process and the involvement of nonprofit organizations — as a group of some 11,000 people primarily from Venezuela, Nicaragua and Cuba have gathered along the Mexico-Guatemala border in recent days.

Framing the migration as something the American public will have to “pay for,” as “Fox and Friends” co-host Ainsley Earhardt did Tuesday morning, has little to do with the specifics of seeking asylum and more closely resembles what was briefly a fixture on the network back in 2018.

Ever since then, migrant caravans have repeatedly returned to the network as a topic that has not received the same intensity of attention outside of the conservative media ecosystem.

Title 42, a pandemic-related restriction on what would otherwise be legal entry into the united states, is the primary hurdle facing the asylum seekers. The Biden administration unsuccessfully tried to lift the Trump-era restriction, but a federal judge blocked the move last month and it remains in place.

Another aspect of the caravan that an organizer from a nonprofit The Guardian is told the goal of drawing attention to asylum policy and US cooperation ahead of President Joe Biden’s upcoming Summit of the Americas.

Mexican President Andrés Manuel López Obrador announced on Monday that he will not attend the summit after the Biden administration excluded the governments of Cuba, Venezuela and Nicaragua. López Obrador has also expressed sympathy for the migrants gathering in the south of the country, despite recent violent crackdowns by the Mexican National Guard.

Ahead of the 2018 midterms, President Donald Trump and Congressional Republicans focused heavily on an anti-immigration message before Democrats ultimately took back the House majority. Fox News echoed the talking points right up until the week of the election, but then dramatically reduced its coverage, according to a Washington Post analysis. This was also before the Trump administration implemented its “remain in Mexico” policy, which López Obrador has defended since taking office.

The other major issue with the Fox News coverage is that the high end estimates they’re using come from the National Border Patrol Council, the labor union for the United States Border Patrol officers and staff. While the union had been non-partisan since its inception in 1967, its leadership endorsed Trump in both 2016 and 2020.

There are no advisories citing the same statistics on the official website for US Customs and Border Patrol. Should the union’s estimate come true, it would be one of the largest mass migrations in recorded history, but not nearly as big as forced migrations from Europe and South Asia that have numbered in the millions.

A Fox News spokesperson declined to comment for this story.