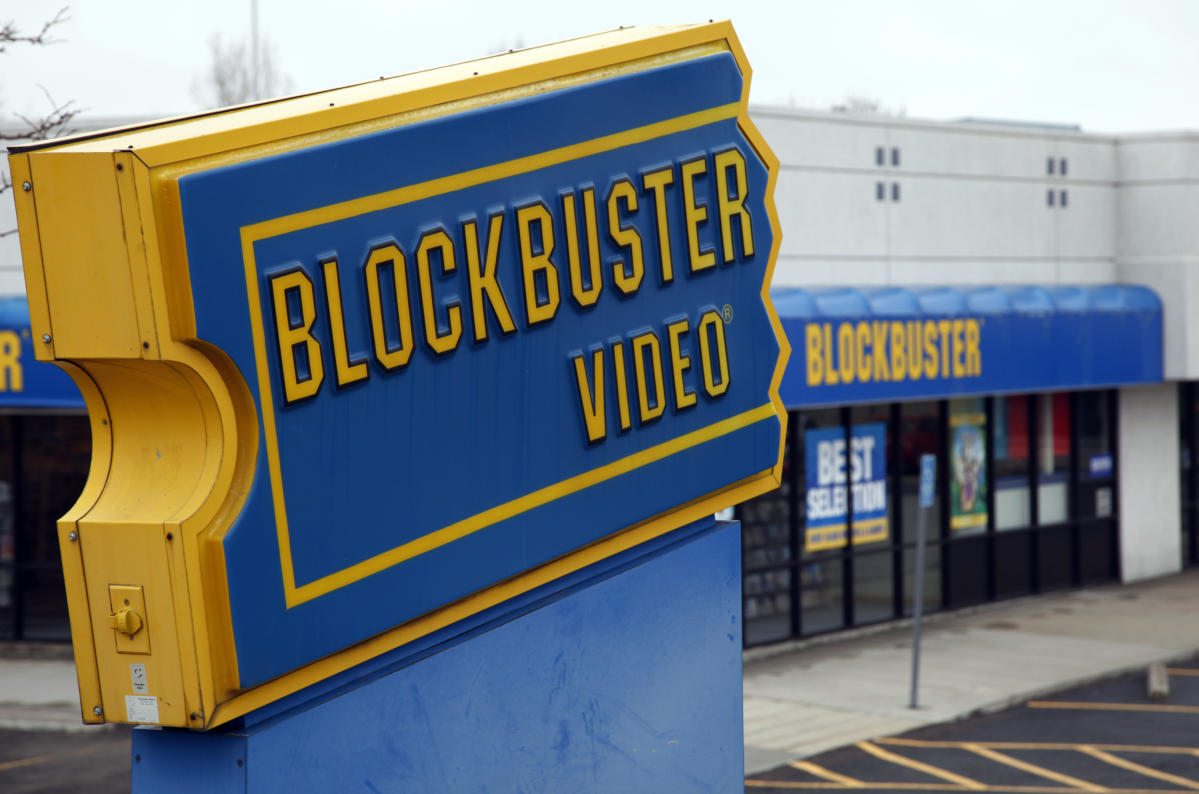 Netflix (NFLX) investors are still reeling after the tech-heavy Nasdaq Composite Index (^IXIC) posted its worst month since 2008. The stock — once a big winner from the pandemic — is down roughly 75% from its November peak, and its once $300 billion market cap now sits south of $80 billion.

The streaming giant’s subscriber drop in April spurred speculation on Wall Street about its next big move, which could involve a lower-priced ad-supported option or even a clamp-down on password sharing. In the meantime, it’s worth reviewing the storied history of the company that arguably put an entire movie-rental industry out of business.

Dial back to 1997 when Reed Hastings and Marc Randolph founded Netflix. According to Britannica, Hastings got the idea for Netflix after racking up a large fee for a video cassette he returned late. Unfortunately, streaming wasn’t an option yet since web surfers were still dealing with painfully slow dial-up internet connections. The founders settled on a new Japanese technology that would soon supplant bulky VHS cassettes — the digital video disk.

From the DVD to online streaming

The same size as its compact disc cousin, the DVD drastically improved video quality and proved sturdy enough to survive the post office. It was the mail-ability of DVDs that made Hastings think Netflix would work in the first place, according to Britannica. The two were no strangers to Silicon Valley, and with seed money in hand they started the company that would change the media landscape in less than a decade.

Netflix soon made inroads in the video rental space, capitalizing on the pain points of the video rental giants at the time. You didn’t have to “be kind and rewind,” and Netflix dispensed with the other great hassle of the rental age: due dates and ballooning late fees.

The video rental-as-a-service model was born. For $15.95 a month, you could fire Blockbuster (BB), though the corner video store would still have a place for years.

By the time the tech bubble imploded in 1999, the still-private company already boasted 239,000 subscribers with a library of 3,100 titles. Netflix hit the 1 million subscribers mark in 2001 and went public the next year at $15 per share.

As dial-up internet gave way to broadband, the streaming model finally became feasible. In 2007, Netflix launched its online streaming service, and five years later Hastings & Co. jumped into the content business with political thriller “House of Cards” and “Lilyhammer,” a story of a New York mobster hiding in rural Norway.

Netflix now spends $17 billion per year on content and projects a loss of 2 million subscribers in the current quarter. It’s back to the drawing board for shell shocked Netflix investors who are also grappling with tech stocks that collectively lost $1.8 trillion in April. Not only is Netflix a victim of the latest tech sector plunge, but it’s also facing more competition now than it ever has in its 23-year history. The streaming competition now includes Hulu, YouTube, Disney+, Apple TV, HBO Max, Peacock, and Paramount, to name a few.

Meanwhile, networks like NBC and CBS have been pulling back their own content to bring eyeballs to their streaming platforms. Shows like “The Office” and “Friends” departed Netflix to return to NBC’s Peacock. Meanwhile, Marvel parent company Disney reclaimed popular Marvel Netflix originals like “Daredevil” and “Jessica Jones.”

Amid such headwinds, Piper Sandler downgraded Netflix to “neutral” last month and lowered its price target to $293 from $562, contending it’s unlikely the company will return to its prior subscriber growth. Weighing in on Netflix’s options, Piper Sandler analysts noted, “Password sharing and ad-supported tiers look promising, but implementation is more than two years away.”

Wells Fargo isn’t finding any clarity in the results either. “Negative [subscription] growth and investments to reaccelerate revenues are the nail in the NFLX narrative coffin,” the firm wrote. The bank’s analysts added that Netflix’s outlook is now “clear as mud.”