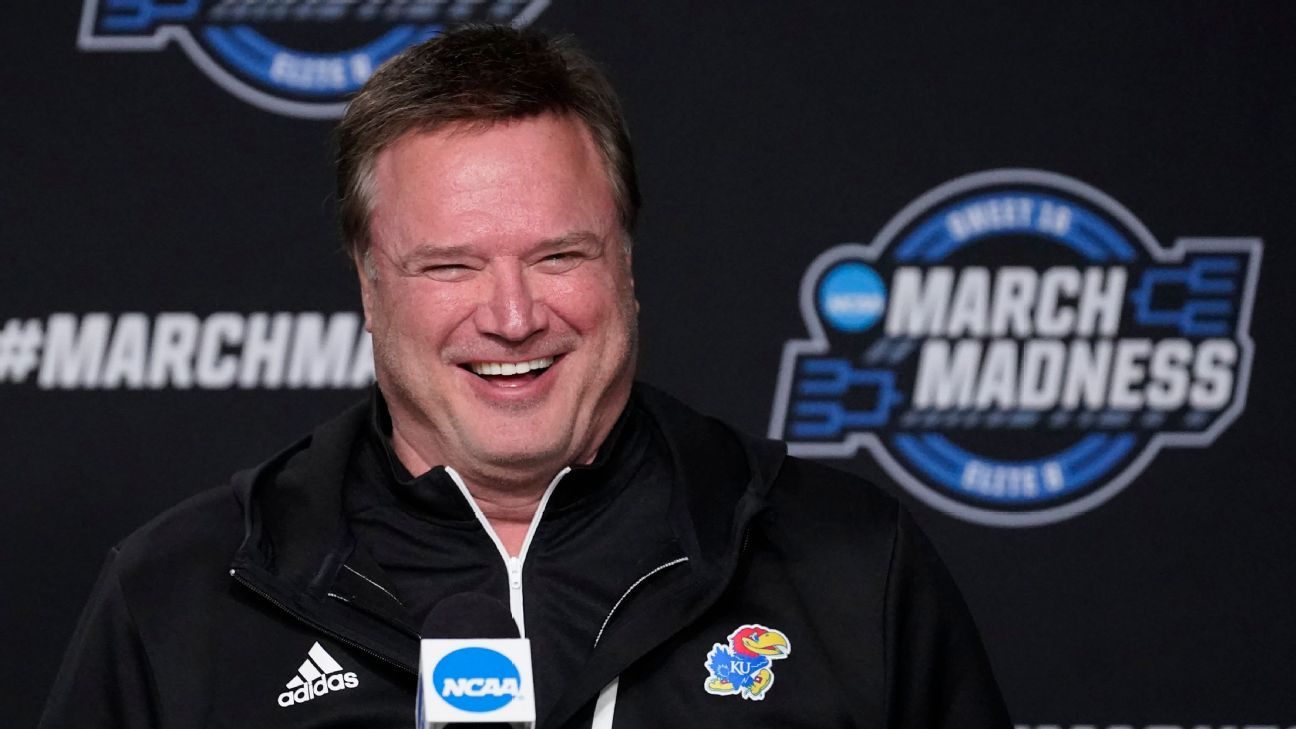 CHICAGO — Kansas coach Bill Self knows that for all he has accomplished in a Hall of Fame career, the Elite Eight often hasn’t been his shining moment.

“We’re 3-7 in my career in the Elite Eight games,” Self said Saturday. “So that’s not good enough.”

Self, who is 3-5 in Elite Eight games at Kansas after losses at Illinois and Tulsa, understands the importance of improving the mark Sunday when his top-seeded Jayhawks face No. 10 seed Miami in an Elite Eight matchup at the United Center. But his struggles to advance past the regional finals have added perspective on the difficulty teams face.

Kansas won its last Elite Eight matchup in 2018, beating Duke to win the Midwest Region and advance to the Final Four, where it lost to eventual national champion Villanova. The Jayhawks lost in the Elite Eight in both 2016 and 2017. They are searching for their first national title since 2008, Self’s lone NCAA championship at the school.

Miami is in the Elite Eight for the first time, although Hurricanes coach Jim Larrañaga won his only previous appearance in the round when he guided George Mason to the 2006 Final Four.

Self said that while the preparation for Elite Eight games is not harder than for others, there are differences, especially given a short turnaround.

“We’re at the mercy of CBS or television networks,” he said. “So you could play a late game, play an early game, there’s sleep patterns, there’s obviously the day between the Friday and the Sunday game, or the Thursday and the Saturday game of the Elite Eight. You’re talking about a 30- minute practice and mainly a walk-through, where most of the time you’d be able to practice more or do different things.

“Then this time of year, mental fatigue becomes such a huge factor.”

Kansas seemed loose during its short practice Saturday at the United Center, hitting four half-court shots in a row and playing duck, duck, goose† But players understand the magnitude of what’s ahead.

“This is the biggest stage I’ve been on as far as basketball in my life,” forward Jalen Wilson said. “Being this close is super motivating for all of us. I don’t think anything could match up to this at all.”

Kansas was eliminated in the second round of the previous two NCAA tournaments (2021, 2019). Self said Saturday that the 2020 squad, which didn’t get to compete for a national title after the NCAA tournament was canceled because of the coronavirus pandemic, was “the best team in the country.”

Although he hasn’t felt the same about his current group, he thinks it can continue its run.