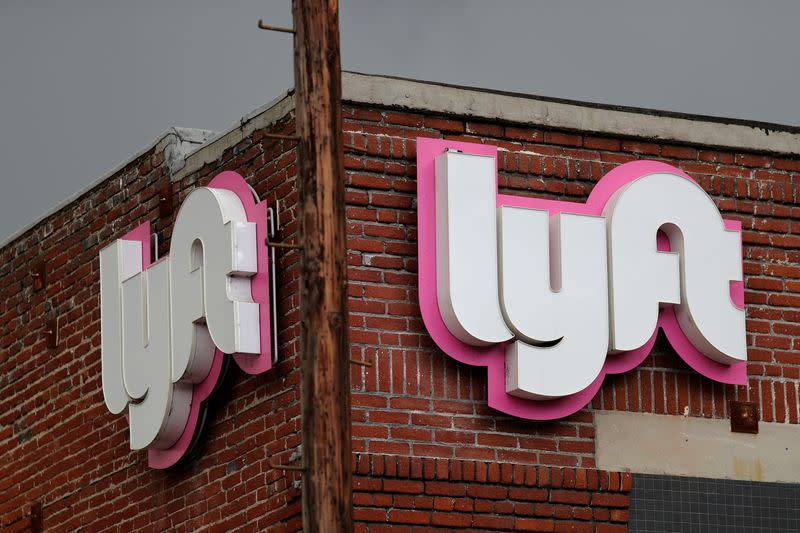 (Reuters) -Lyft Inc stock plunged 26% on Tuesday after the ride hail company said it would have to spend more heavily to attract drivers and forecast operating earnings less than a quarter of Wall Street targets, reflecting the added costs.

A full recovery of driver supply from pandemic lows was taking longer than Lyft had hoped, President John Zimmer said in an interview with Reuters.

The quarterly report also spooked investors in rival Uber Technologies Inc, which fell 11% in after hours trade following Lyft’s report. Uber recouped some losses to a drop of 4% after it moved up its own quarterly results publication plan to Wednesday morning from Wednesday afternoon.

“It will be very interesting to see if Uber feels the need to similarly ramp investments … or if Lyft is unique in struggling to bring back and retain drivers for some reason,” said DA Davidson analyst Tom White, ascribing Lyft’s stock losses to the driver costs and outlook.

Executives said the driver incentives were necessary to meet the increase in demand it anticipates this year, particularly on the US West Coast which has so far lagged other US regions in a recovery.

Lyft said it expected adjusted EBITDA, a metric that excludes stock-based compensation and some other costs, of between $10 million and $20 million in the second quarter. That is significantly below the $54.8 million it reported on Tuesday for the first three months of the year. Analysts on average expected $82.5 million, according to IBES data from Refinitiv.

The share slump in after-hours trade wiped about $2.8 billion off Lyft’s market value. The stock was already trading down about 60% from its IPO in 2019.

Lyft’s spending on drivers was significant and “crushed” the profit forecast, Wedbush analyst Dan Ives said in a note.

Lyft executives declined to provide cost details for driver incentives in response to questions from analysts on a call following its results. One executive said Lyft would use higher prices to help finance some spending on drivers.

The number of drivers, many of whom left as demand dwindled during the pandemic, remained below pre-pandemic levels, Zimmer said.

Lyft and Uber have tried to lure back drivers with added incentives in recent quarters.

Lyft also forecast second-quarter revenue of $950 million to $1 billion, shy of the average analyst estimate of $1.02 billion, according to IBES data from Refinitiv.

First-quarter active ridership fell 4.8% from the previous quarter in the first three months of the year.

Active riders were 17.8 million, down from 18.7 million in the previous quarter and up from 13.5 million a year earlier. Ridership is typically lower in the first quarter with demand for ride-hail, bike and scooter trips declining during the colder months.

“That tailwind coming out of the pandemic is much more impactful to our business … than is the impact of inflation,” Zimmer said.

Drivers have also been burdened with surging fuel costs brought on by Russia’s invasion of Ukraine, prompting some to stop driving or drive less.

Lyft and Uber have instituted a temporary fuel surcharge in an effort to help drivers.

At $54.8 million, adjusted EBITDA significantly surpassed its own guidance and analyst expectations. Analysts had expected $17.8 million in adjusted EBITDA after Lyft guided for a top range of $15 million.

Lyft executives have repeatedly talked about the company’s pricing power, a trend Zimmer expects to continue even as consumers face wider price increases for goods and services across the economy.

Lyft’s chief financial officer, Elaine Paul, said on Tuesday that concerns over inflation were not impacting the company’s revenue outlook.

Average US per-ride prices for Lyft and Uber were 37% higher in March than during the same month in 2019, according to research company YipitData.

Zimmer said demand overall still remained 30% below pre-pandemic levels in the fourth quarter of 2019, giving the company “quite a bit of headroom.”