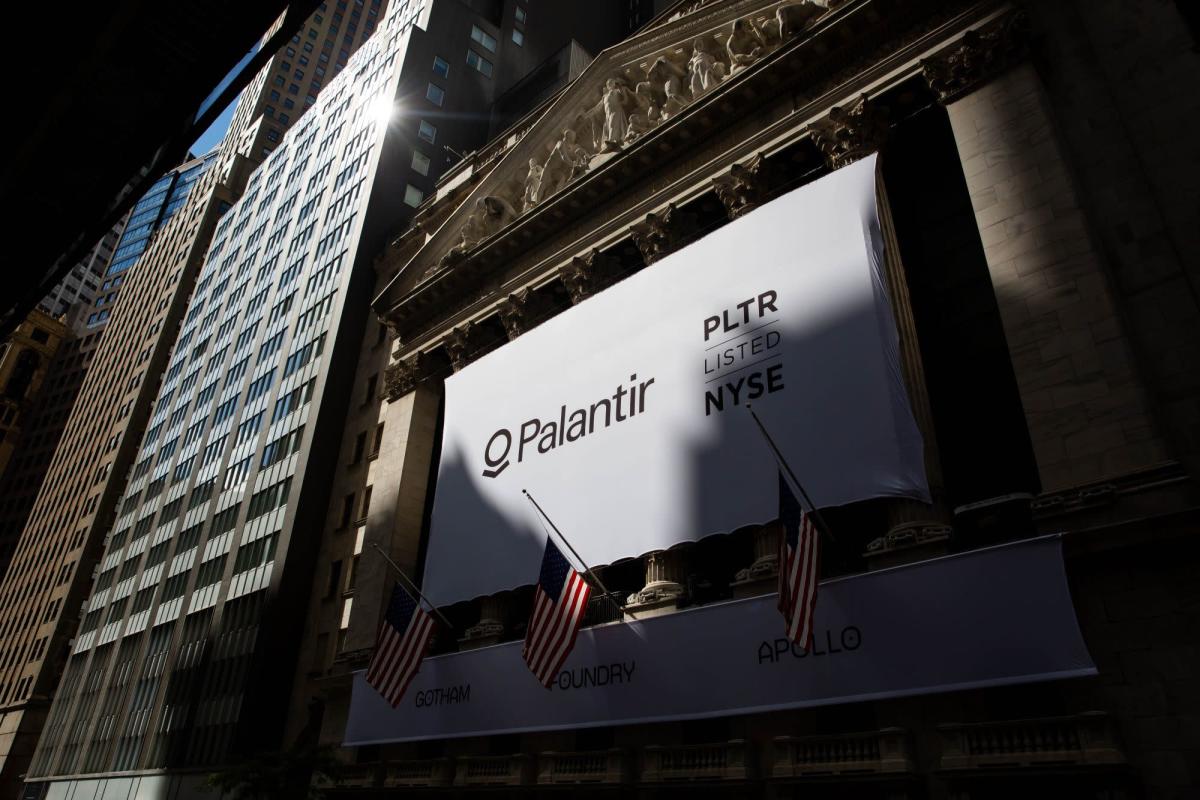 (Bloomberg) — Palantir Technologies Inc. shares plummeted as much as 22% on Monday, the biggest intraday drop since September 2020, after the software maker reported mounting losses and a disappointing sales forecast.

The company lost $101 million in the first quarter, a sign it’s struggling to improve margins by offering more automated data analysis software. The net loss was an improvement over the same period a year ago but wider than analysts expected. The loss was 5 cents a share, the company said in a statement Monday.

Revenue in the second quarter will be at least $470 million, Palantir said. Analysts had been expecting $487 million on average, according to data compiled by Bloomberg.

The Denver-based company is known as much for its work supporting national defense and pandemic response for the US and its allies as for its polarizing co-founders Peter Thiel and Alex Karp. Palantir has overhauled its software in recent years to make the product more customized to each customer, but growth from corporate users had historically been slow.

But in the quarter that ended in March, revenue growth from government customers slowed to 16% with sales totaling $241.7 million. Although that’s better than the 6% growth analysts expected, it’s the slowest quarterly growth for the segment since Palantir began reporting results as a public company in late 2020.

Palantir expects government revenue to increase through the rest of the year, driven by what executives painted as an increasingly violent and uncertain future where conflict is the norm, they said on a conference call with analysts Monday. Both Karp and Chief Financial Officer Dave Glazer warned of possible nuclear war.

“The threat of a nuclear event is so much higher than is being presented in the public,” Karp said. “It’s almost surreal to watch the coverage.”

Sales from US companies were a bright spot in the first quarter. They more than doubled from a year earlier. Globally, commercial sales grew 54% to $204.5 million, blasting past analysts’ estimates, data compiled by Bloomberg shows.

Palantir hired Oracle Corp.’s Philippe Mathieu last fall to lead commercial sales efforts across Europe, the Middle East and Africa with the goal of signing new customers and expanding on existing relationships with the likes of Airbus SE, Merck & Co. and Ferrari. A Palantir customer since 2016, the Italian luxury sports car manufacturer expanded its use of the software in February for its Formula1 racing efforts. Palantir is now featured on both the cars and some drivers’ racing suits. It also struck a long-term deal with Hyundai Heavy Industries.

Government customer growth slowed during the quarter, despite new and expanded deals with agencies spurred by continuing fallout from the pandemic and rising geopolitical tensions, particularly the Russia-Ukraine conflict.

Palantir doesn’t work with China or other countries that are not aligned with US national security interests, Karp vowed in a letter to shareholders preceding its 2020 public debut — a promise executives have often repeated since then.

In recent months, Palantir expanded deals with agencies including the US Centers for Disease Control and Prevention and the National Institutes of Health to aggregate health data including wastewater to track Covid-19 infections and deliver therapeutic drugs.

Palantir is also seeking to strengthen its defense, intelligence and national security efforts. It said in March that a half-dozen former government officials had joined a federal advisory board. Former Acting Deputy Secretary of Homeland Security Jeh Johnson, now a counselor to Palantir, will also attend the meetings.

Glazer, the CFO, declined to forecast when Palantir would turn a net profit when asked by an analyst Monday. He said the company is making “significant progress” on its financial performance, referred to the operating margin and then abruptly shifted to geoplitics.

Adjusted earnings in the March quarter were 2 cents a share, falling short of the 3 cents analysts expected, according to estimates compiled by Bloomberg.

(Updates with executives comments throughout.)