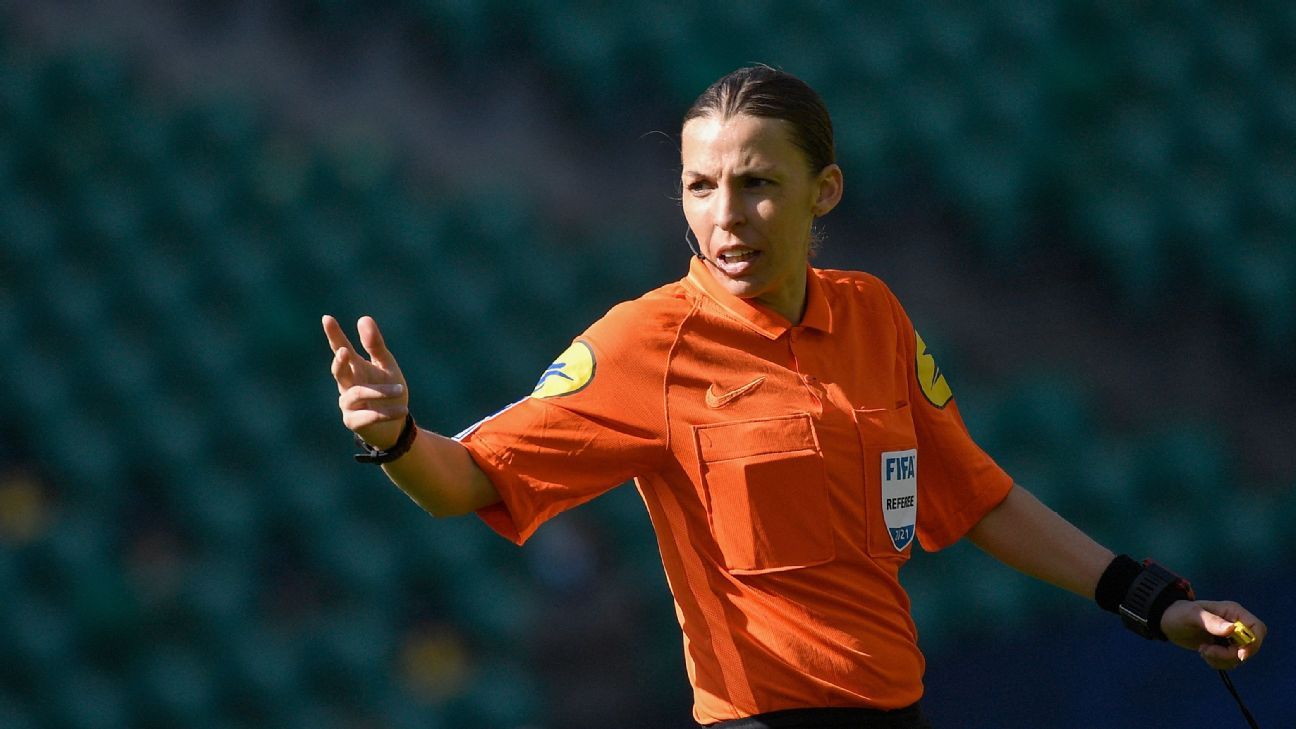 Women referees will make World Cup history this year by working games at a major men’s tournament for the first time in Qatar.

Three women referees and three women assistant referees were announced on Thursday by FIFA among 129 officials selected for World Cup duty, including one man who caused controversy when refereeing a chaotic African Cup of Nations game in January while experiencing heatstroke.

“As always, the criteria we have used is ‘quality first’ and the selected match officials represent the highest level of refereeing worldwide,” said FIFA Referees Committee chairman Pierluigi Collina, who worked the 2002 World Cup final. “In this way, we clearly emphasizee that it is quality that counts for us and not gender.”

Rwanda’s Salima Mukansanga and Japanese official Yoshimi Yamashita are also on the list of 36 referees preparing for the 64 games at the tournament, which will be played from Nov. 21 to Dec. 18.

The 69 assistant referees include Neuza Back of Brazil, Karen Diaz Medina of Mexico and Kathryn Nesbitt of the United States.

“I would hope that in the future the selection of elite women’s match officials for important men’s competitions will be perceived as something normal and no longer as sensational,” Collina said.

Among the men referees is Zambia’s Janny Sikazwe, who blew the final whistle at an African Cup group match after 85 minutes and again 13 seconds before the 90 minutes were complete, with Mali leading Tunisia 1-0.

About 30 minutes after the match, officials ordered the teams back on the field to restart play, but Tunisia refused. The result was later ratified by the Confederation of African Football despite an official protest by Tunisia.

The match was played in heat and humidity in Cameroon, and Sikazwe later explained he started to become confused in the intense conditions.

Sikazwe will be working at his second World Cup after handling two group games at the 2018 tournament in Russia.

The extreme heat in Qatar led FIFA to decide in 2015 to move the tournament to the cooler months in the Gulf emirate.

FIFA has picked 24 men to work on video reviews. The VAR system made its debut in 2018.

FIFA said 50 referee-and-assistant trios began preparing in 2019 for World Cup duty, with the project affected by limits on international travel during the COVID-19 pandemic.

Two referees were picked from each of Argentina, Brazil, England and France.

All the officials — who were not allocated into specific teams of three — face future technical, physical and medical assessments this year, FIFA said.