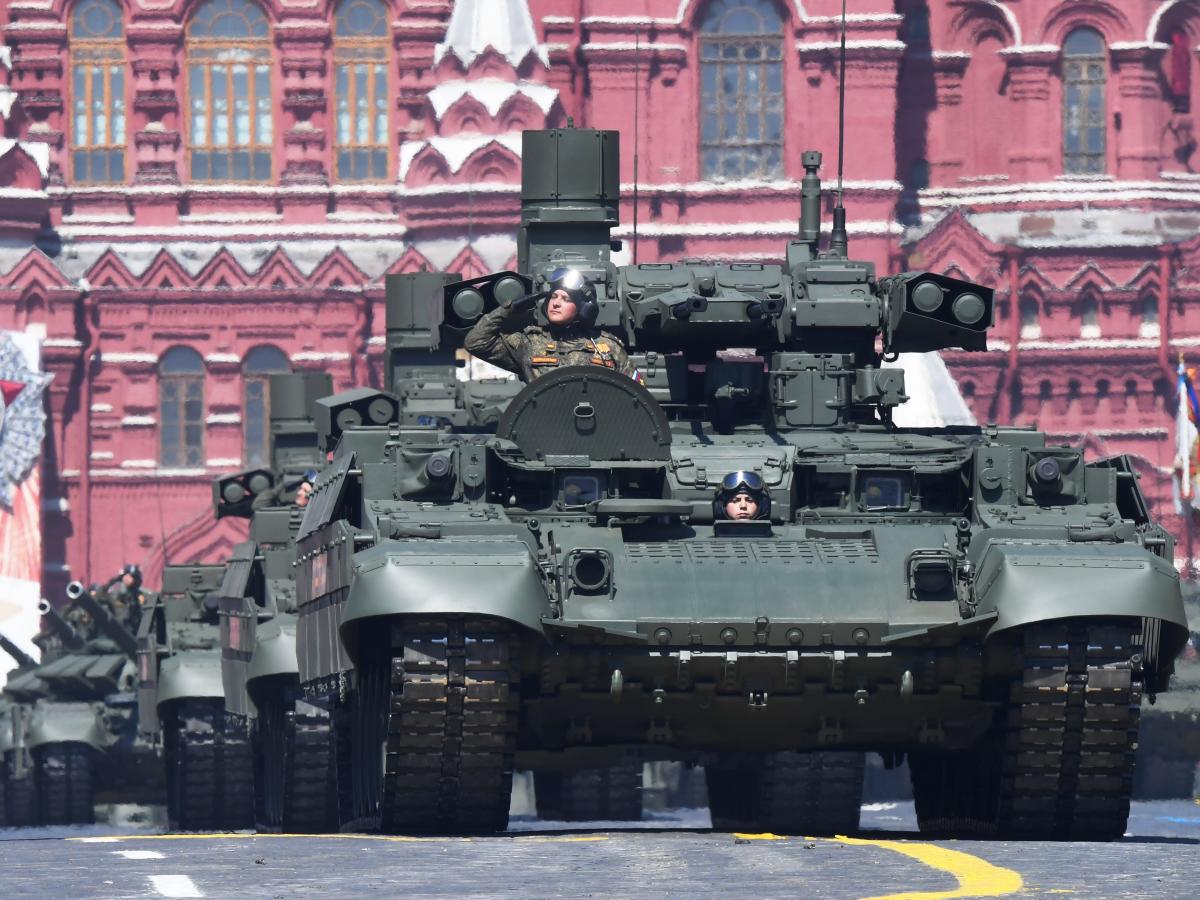 Russia has deployed its “Terminator” tank-support vehicles in Ukraine as the Russian military campaign seeks to encircle Ukrainian defenders in the eastern Donbas region.

A Russian military source told the Russian state news agency RIA a platoon had been deployed in Ukraine.

Russia is believed to have about nine of the armored vehicles, which are built on the chassis of the T-72 tank. The Terminator, which has the official designation BMPT, is heavily armored and armed, designed to defend tanks from ambushes and attacks at close range in urban settings.

Justin Crump, a former British-army tank commander, told Sky News that the deployment of the Terminator around Severodonetsk, a city in the Luhansk region of the Donbas, showed the “determination to assault that city” by Russian armed forces.

Crump said the vehicle was a “signature Russian piece of equipment.”

“It’s nicknamed the Terminator — it’s a tank-support vehicle,” he said. “It’s designed to do the work of infantry in support of tanks. So it’s a tank with a turret designed to suppress enemy infantry.”

Russian armored vehicles are suffering a heavy toll in Ukraine. Researchers have counted 671 lost tanks and 365 lost infantry-fighting vehicles in nearly three months of war. In addition to the proliferation of accurate anti-tank missiles, Russian tank operators have made errors that exposed them to artillery fire, and Russian commanders have deployed them without infantry or air support, decisions so faulty they are contributing to a reassessment of the military’s effectiveness .

Even if properly used, Russia’s inventory of BMPT is too slight to defend most of its tanks.

The Russian state media outlet TASS reported in 2017 the vehicle had been designed following the experience of Russian armed forces in Afghanistan. A senior executive at the Russian tank manufacturer UVZ TASS: “The tank support combat vehicle is protected no worse than any other tank. Its multiple weapon systems have a far greater firepower and are capable of hitting several targets in different directions simultaneously.”

Terminators have previously been used in Russian combat operations in Syria, RIA reported.