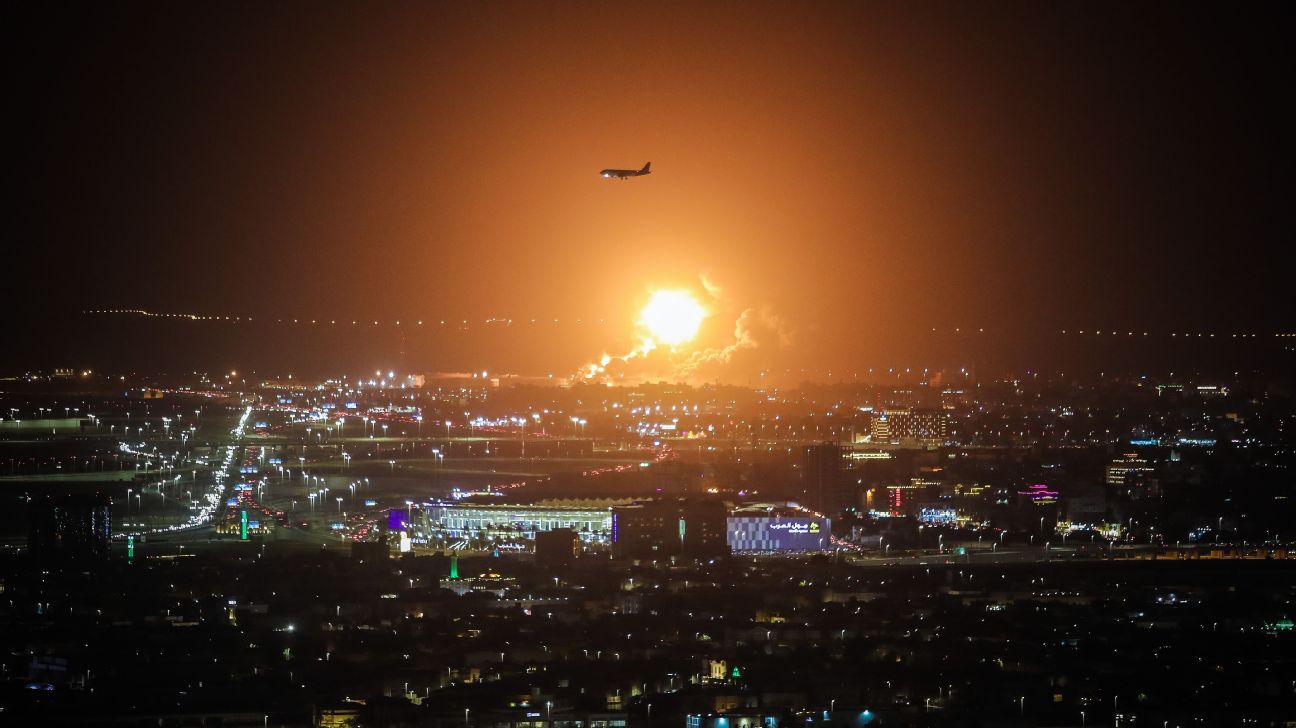 JEDDAH, Saudi Arabia — Saudi Arabia’s minister of sport, Prince Abdulaziz Bin Turki Al-Faisal, said his country would not have hesitated in canceling this weekend’s Saudi Arabian Grand Prix if it felt there was a genuine security threat to the event.

Formula One’s 20 drivers came close to boycotting the race in the early hours of Saturday morning after a missile attack on an oil depot 10 km east of the circuit raised concerns about security at the venue.

A military spokesperson for Yemen’s Houthis, which have been battling a coalition led by Saudi Arabia for seven years, claimed responsibility for the attack on the facility, which is run by state-owned energy company Aramco.

On Friday evening the Saudi Arabian government and security services offered assurances to F1, its teams and drivers that the race was not at risk of a similar attack.

“If there is a threat, then rest assured we will cancel the race, but there is no threat and that’s what we discussed with everyone,” Prince Abdulaziz told reporters in Jeddah on Saturday evening.

He added: “All the security agencies, all the highest alert of security in terms of safety for any of the threats just like what happened yesterday [Friday]† Everyone is on 24-hour surveillance, I would say, in terms of where the threat could come from and what to do to action that.

“We did have the security levels very high hosting such an event and we know it’s recognized as the limelight because the media is here, everyone is here. We did realize that from the beginning. And if you see the hit that happened, it’s on the outskirts of the city, no casualties and it’s on a fuel tank that was burning.”

Prince Abdulaziz said it was not possible to protect all of Saudi Arabia from missile attacks, but is confident the military’s defense systems would not allow for a similar attack on the race track.

“Of course you can’t cover the whole kingdom,” he said. “So the security agencies cover the areas where there is condensed population, where it has to be covered.

“That place [the oil depot] wasn’t covered because it’s not a threat to anyone. From the feedback that we have got, we were lucky that that’s where it happened, but they were even surprised it was that area.

“So it’s not a breach of the security, but as I said the area that we are in, the city itself, the hotels, everywhere else is on full security with all the necessary steps to make sure nothing happens.”

Although the drivers agreed to race, it has become clear that they want to revisit questions about the future of the Saudi Arabian Grand Prix once this weekend’s event is over.

Prince Abdulaziz said Saudi Arabia is willing to provide whatever assurances the teams and drivers want to ensure the race, which has a 15-year contract, continues in F1.

“We haven’t got into the details but we are open to discussions,” he said. “We are open and we said that to them yesterday [Friday]† We are open to sit down, see where the issues are, what the assurances are they need, if they need any of these assurances in terms of the level of security and so on, which we already gave them.

“Whatever they want, we are here to host Formula One as best as it can be anywhere in the world. We want to put the best show and we want people to come and enjoy the best Formula One race.

“So this is given to Formula One or any other events that we are hosting within the kingdom — even our local competitions and so on. So we will definitely have an open discussion with them to see what their feedback is to discuss with them and what their concerns are about, so we will show them everything.”