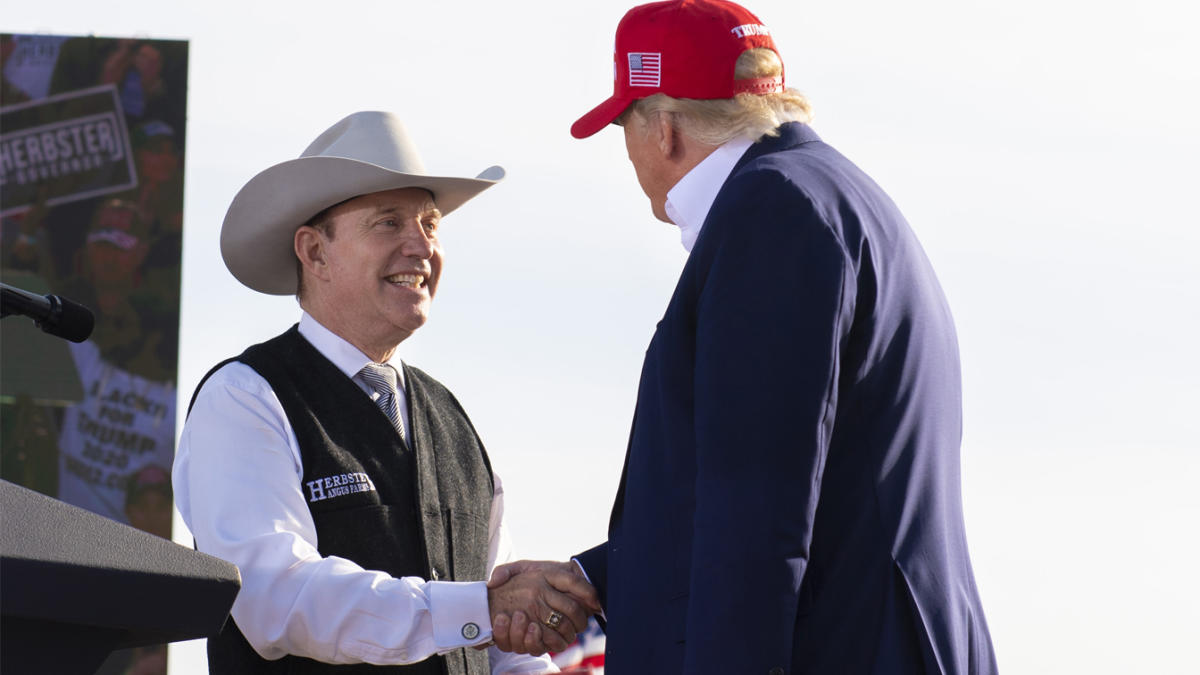 Donald Trump is testing his political strength for the second straight week Tuesday, this time in Nebraska, where the former president is backing a candidate for governor accused of sexually assaulting multiple women.

Trump’s pick in the tight three-way GOP gubernatorial primary is cattle producer and businessman Charles Herbster, who had been leading the field of Republicans running for governor. But in mid-April a Republican state senator, Julie Slama, and seven other women said Herbster had groped or inappropriately touched them. Slama said Herbster had reached up her skirt at a political event in 2019.

Other women have also spoken out on the record backing the claims against Herbster, as have men who witnessed the incidents. One of the women said Herbster had forcibly kissed her.

Herbster has not only denied the allegations, he has attacked Slama in a 30-second TV ad and sued her for alleged defamation. Herbster’s ad does not mention Slama by name but claims that his “accuser” invited him to her destination wedding. Slama has said the invitation was sent by mistake over email, and has countersued Herbster.

Slama’s lawyers have said Herbster is engaged in a “frivolous and bad faith attempt to bully a sexual assault victim into silence.”

Herbster has also claimed he is the victim of a political witch hunt driven by Republican Gov. Pete Ricketts, who is supporting hog producer and University of Nebraska Board of Regents member Jim Pillen. Ricketts and Pills have dismissed both Herbster’s claims.

Polling has been infrequent, so it’s hard to know where exactly the race stands. All available data, however, indicates that Pillen and Herbster are neck and neck, with a third candidate — state Sen. Brett Lindstrom — also within striking distance.

However, Trump went to Nebraska on May 1 to campaign with Herbster and declared him innocent. “I have to defend my friends, I have to defend people that are good. These are malicious charges to derail him long enough that the election can go by before the proper defense can be put forward,” the former president said.

Trump is seeking to push Herbster — who was with Trump’s children in Washington, DC, on Jan. 6, 2021, during the assault on the US Capitol — over the finish line by echoing the Republican’s claim that he is being unfairly maligned for political purposes. It’s a harder argument to make since the accusers are also Republicans, but that’s why Herbster is focused on Ricketts’s support for Pills. Herbster is counting voters he is an outsider challenging the political establishment.

The allegations against Herbster are being sifted by voters, and ultimately the race may come down to how many Nebraska Republicans look at the allegations of sexual misconduct on the merits versus how many are prone to interpret the accusations through an antiestablishment lens.

But there is another wrinkle as well. More than 8,000 Nebraska Democrats have switched their registrations in recent weeks to vote in the Republican primary. The last competitive primary for governor, in 2014, was decided by just over 2,000 votes. Some observers have speculated that party switchers could vote for Lindstrom because he is the most moderate Republican, but there is little data to provide insight.

If Herbster is able to win on Tuesday, it will further insulate Trump from losses that appear likely in at least one high-profile contest for his preferred candidates later this month.

In Georgia, Trump’s vendetta against Republican Gov. Brian Kemp backfired. Trump tried to get Kemp tossed out of office by defeating him in the GOP primary, but Georgia Republicans appear positioned to nominate Kemp a second time and to reject Trump’s choice for the nomination, former Sen. David Perdue.

But in Pennsylvania, where Republicans will hold a primary a week from now, TV personality Mehmet Oz has climbed in the polls since Trump’s endorsement. Oz is locked in a tight three-way contest with former hedge fund CEO Dave McCormick and conservative commentator Kathy Barnette.

A Herbster loss in Nebraska, followed by an Oz loss in Pennsylvania next week, would heighten the impact of a loss for Perdue in Georgia on May 24. It would increase speculation about challenges to Trump by other Republican hopefuls for president in the 2024 primary.

On the other hand, if Herbster emerges victorious, it would send a signal about the willingness of Republican voters to countenance allegations of sexual assault and harassment. And if Herbster and Oz both win, it will minimize the impact of a potential Perdue loss later this month, and quiet chatter about a non-Trump nominee in 2024.

Last week all 22 of Trump’s endorsed candidates in Ohio and Indiana won their Republican primary contests, including his hand-picked US Senate choice for the Buckeye State, JD Vance. Trump had ghosts negatively of Ohio Gov. Mike DeWine but ultimately did not endorse any of his opponents.