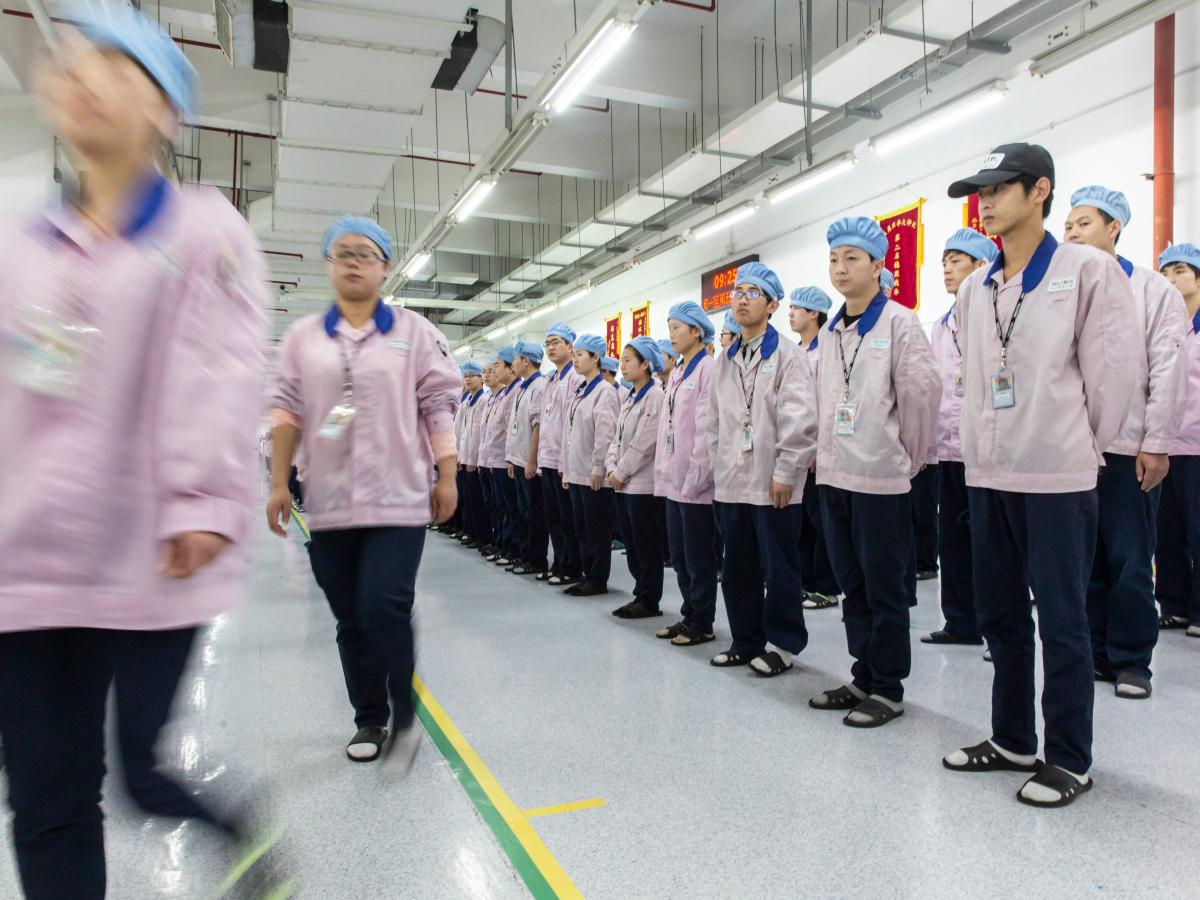 More than a hundred workers at a major Apple and Tesla production plant in Shanghai clashed with quarantine officials and security guards in a stunning altercation on Thursday, videos on Twitter and YouTube show.

Workers at Quanta Shanghai Manufacturing City were filmed jumping over turnstiles, as officials in white protective gear tried to prevent them from breaching the building.

The skirmish happened when officials prevented workers from heading back to their dormitories after completing their shifts, Bloomberg and Reuters reported. Anonymous interviewees said the workers were frustrated with onsite Covid restrictions, per Bloomberg.

Some said that they were concerned about getting infected by workers who returned from quarantine centers, according to told Taiwanese news outlets USTV and UDN. They also feared that a spread of the virus on the factory floor would result in the campus going into a strict lockdown again, per the Taiwanese news reports.

Quanta, Apple, and Tesla did not immediately respond to Insider’s request for comments.

The altercation underscores the fragility of Shanghai’s attempts to get its factories up and running, even as large swathes of the 25-million-strong city have remained under strict lockdown for more than a month.

In an attempt to minimize the lockdown’s impact on Shanghai’s economy, authorities have allowed some factories, including Tesla’s gigafactory, to continue operating under a “closed loop” system where workers work, live, eat, and sleep onsite and at nearby dormitories.

On April 13, Quanta temporarily suspended operations in Shanghai to comply with local COVID-19 prevention measures. That prompted TF International Securities analyst Ming-Chi Kuo to say that delivery of MacBook Pros would be delayed by three to five weeks.

The factory gradually resumed operations starting April 18, with about 2,000 of its 40,000-person workforce returning to the plant, China’s state media Xinhua reported.

While news of the clash at Quanta’s Shanghai factory spread on Twitter and YouTube, and was widely reported by Taiwanese media outlets, there was barely any mention of it on Chinese social media platforms and in Chinese media.

According to the Shanghai Municipal Health Commission, the city reported 3,625 asymptomatic Covid cases, 322 symptomatic cases, and 11 deaths on Sunday. Some of these patients worked at factories operating under a closed-loop system.