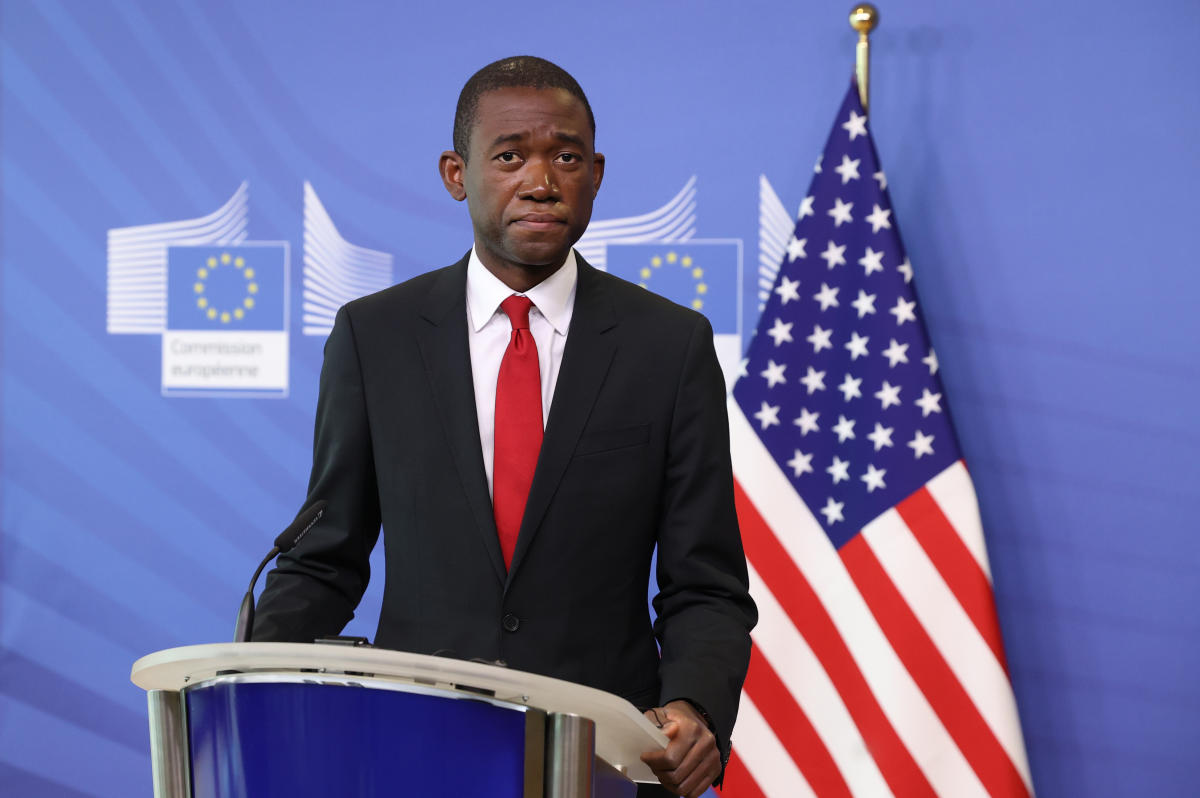 On Sunday, the G-7 announced a commitment among its member nations to end their “dependency on Russian energy, including by phasing out or banning the import of Russian oil.”

On Monday, in a new Yahoo Finance Live interview, Deputy Secretary of the Treasury Wally Adeyemo said the US will do its part to help the nations achieve this goal. “One of the things we’re committed to doing is helping to provide energy to Europe,” to make the transition as quickly as possible, he said.

The G-7’s move would be perhaps the most dramatic step yet to isolate Vladimir Putin and his economy from the West. But it would require countries with a deep dependence on Russian energy — notably Germany — to retool their economies and take a step they so far have been unable to do.

The G-7 promised to get it done in a “timely and orderly fashion” but exactly how remains unclear.

For now, Adeyemo said, the Biden administration is “calling on [U.S. oil] companies to produce more energy, because we want to keep costs low” before transitioning to clean energy in the decades ahead.

Also on Sunday, the White House unveiled new sanctions against Russia including actions against Gazprom executives and other businesses to further punish Moscow for its war against Ukraine.

‘That’s exactly what we expect Europe to do’

Adeyemo, who serves as second in command at Treasury below Secretary Janet Yellen, said the energy aid could look similar to previous efforts around coal and liquid natural gas.

The US has already banned the import of Russian oil, gas, and coal, but weaning Germany off Russian energy will be more difficult. Among all the G-7 nations — Canada, France, Germany, Italy, Japan, the UK, and the US — Germany is the most tied to Russia, with Putin’s nation supplying more than a third of Europe’s gas and 34% of Germany’s crude oil in 2021.

Adeyemo recently traveled to Berlin to discuss, among other topics, “ways to increase costs on Russia while mitigating spillover effects,” he said.

The recent example of liquid natural gas provides another cautionary note about the limits of how much energy America can provide. In March, the European Union and US unveiled a deal to increase LNG exports to Europe by at least 15 billion cubic meters in 2022. The shipments will help Europe buy less from Russia, but the total is far from enough to make up for the 155 billion cubic meters of natural gas imported in 2021 from the country.

Nevertheless, Adeyemo promised that Russia would feel the bite in oil exports in the coming months.

“Throughout Russia’s invasion of Ukraine, the United States, Europe and our allies around the world have taken steps to reduce the resources to Russia in order to make sure they have less resources to fight their war on Ukraine,” he said. “That’s exactly what we expect Europe to do as part of our alliance.”